Royal Wharf, part of the massive regeneration of the old London docklands, stands to the east of the Isle of Dogs close to the Thames Barrier.  This once derelict site, which at one time had some of the worst slums in London, has been transformed by a combination of imaginative design and architecture, far-seeing plans for infrastructure (particularly transport links), and its proximity to the new financial centre of the city, Canary Wharf.

The thirty eight acre site on the banks of the river Thames won a prestigious award for the contractors, Ballymore.  The National House Building Council (NHBC) awarded the Royal Wharf development the Seal of Excellence for Site Management, an achievement that delighted all concerned in the project.

There are more than three hundred luxury apartments at Royal Wharf, but the well-planned site boasts pocket parks and garden squares, as well as tree-lined avenues, so there is no lack of open space.  Ballymore are also constructing a new floating wharf which will be served by the Thames Clippers riverbus service, ensuring swift and convenient transport services to central London.

Ballymore wanted nothing but the best for this development, which is why it turned to the leading manufacturer of precast concrete tanks to design, manufacture and install two underground storm water attenuation tanks.  Shay Murtagh Precast Concrete, with over forty years’ experience, were the first choice, and Ballymore’s measures to mitigate the inevitable effects of climate change and the increased risk of flooding it brings were in good hands.  The attenuation tanks have ample capacity to handle the rain and storm water, and to release it in a controlled and safe manner.

Ballymore plans to win more awards in the future, and to build on the excellence of its construction work.  Shay Murtagh is more than happy to support Ballymore in this ambition, and looks forward to designing and providing the unseen but vital precast concrete attenuation tanks that will keep the sites safe from flooding and water damage. 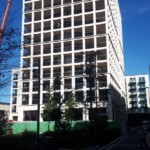 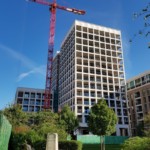 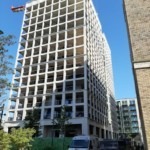 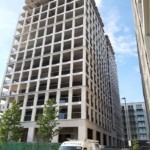 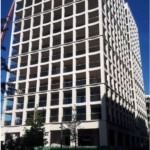 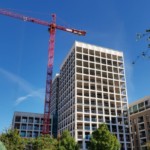 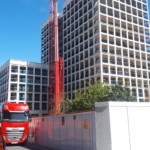 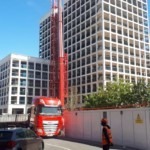 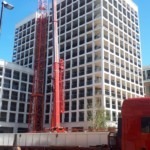 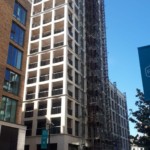