Geosystems were commissioned to create a 122M train tunnel for Mowlem who were contracted by Network Rail and the Highways Agency/Welsh Assembly to create a by-pass road around the town of Cwm, nestled in the Ebbw Fach valley in South Wales. The new road crossed the railway line at a skewed angle which required a bespoke design to meet the requirements of the Specification for Highway Works.

The solution incorporated both ArchLok and HexLok systems to create the train tunnel as well as precast concrete wingwalls and headwalls. The ArchLok follows the curve of the railway so the units were designed with a slight taper to accommodate the curvature of the track. The 122M in length arch was assembled in 13 days at a rate of 9 units per day, resulting in the project being finished on time ahead of schedule. 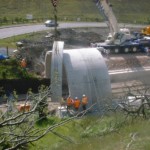 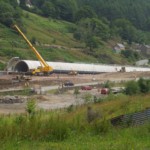 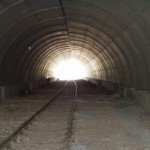 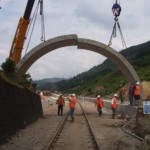