This project consisted of the construction of a new community hub in Portsmouth and was part of the regeneration of the Somerstown area.

As the development spanned over a live carriageway a structural system was required to support the building in this area.

Shay Murtagh Precast were engaged at an early stage to produce proposals for this support structure. U3 prestressed bridge beams were adopted as the best solution. The building was constructed at a skew to the carriageway and the clear span was 26.013m. The beams were supported on insitu reinforced concrete abutments on each side of the carriageway. The U3 beams were at 1.73m centres and the deck consisted of a 200mm deep insitu concrete slab on 25mm thick GRC permanent formwork. The beams were placed 1.228m centres locally at the external elevations due to the higher loads in this area.

Shay Murtagh Precast had design responsibility for the deck superstructure above the carriageway including the insitu diaphragms at the beam supports. The deck was also designed locally for column point loads which supported the building structure above. Eighteen number 27.113m long U3 beams were manufactured for the project and each weighed 34.6t. Approximately 525m² of permanent formwork was manufactured to complete the deck.

Delivered to schedule in March 2013, we thank Nick and the full BAM Team for a successful project completion.

We hope you enjoy this video of the project, courtesy of Portsmouth City Council. 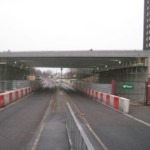 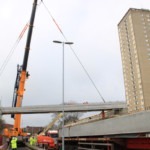 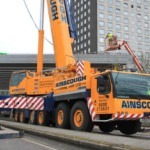 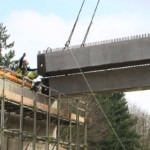 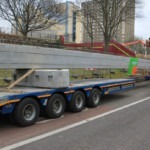 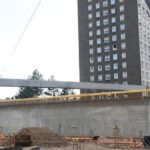 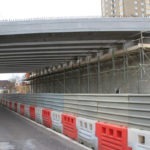 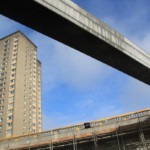 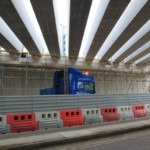 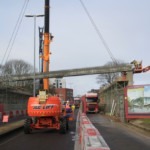 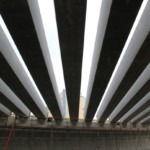 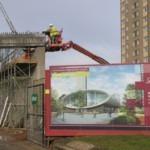 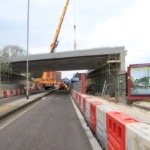 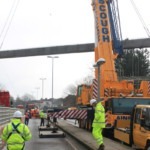 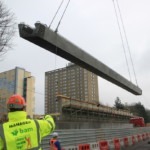 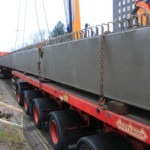 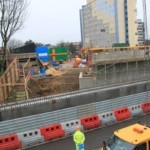 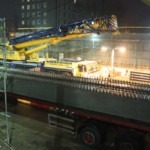 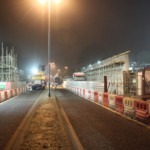